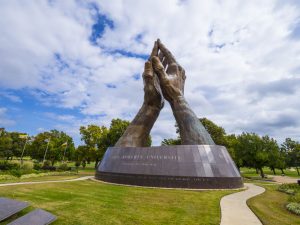 In 1978, after attending Oral Roberts University in Tulsa, Oklahoma Twyman entered the life, health, and disability insurance business later expanding into financial planning and asset management and eventually developing one of the largest fee- based financial and estate planning firms in the United States. Twyman has had extensive experience as an SEC Registered Investment Advisor and has held advanced federal and state licenses as a registered Securities Broker/Dealer, registered Insurance Broker, and registered Real Estate Broker in conjunction with his practice as a Financial Consultant and Asset Manager, where he was well respected in the use of sound economic and tax planning techniques and methods to maximize estate conservation and increase charitable giving capacity. While consulting with these corporations, trusts, non-profit organizations, and high net worth individuals,

Twyman had significant exposure to and involvement with the various aspects of investing in and dealing with investment grade precious metals both within the United States and abroad.

As a Financial Consultant and Asset Manager, Twyman specialized in working with religious, educational, and political non-profit organizations (NPO’s) and their top donors. Many of the politically oriented NPO’s were based in and around Washington, DC. This led to the development of additional extensive contacts and relationships in the political realm including elite conservative think tanks and the Reagan White House. 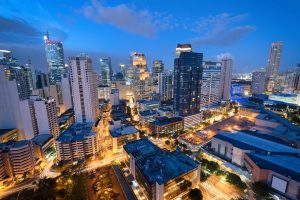 Even though political conditions at the time forced these operations to be abandoned prior to recovery, the high-level government relationships and involvement with these secretive treasure excavation operations enabled Twyman to gain extensive knowledge about the history of the Japanese treasures buried in the Philippines as well as techniques and tactics for their successful recovery. The experience and expertise gained during this time, provided the skills to research and develop a balanced approach to the detailed planning required to undertake the successful recovery of treasure on both land and sea. It has further enabled Twyman to guide the Company in developing a comprehensive master plan for the equitable distribution of revenues and profits in compliance with both domestic and international law.

In 1987, Twyman ceased his involvement with the treasure recovery operations for security and personal reasons and returned to the United States. In the late 1980’s and early 1990’s, Twyman served as President and CEO of BeneFund, Inc., a small publicly held company, which he helped establish. BeneFund was heavily engaged in merging and integrating cutting-edge funding technologies with more traditional systems within the non-profit community through a network of subsidiary companies that it either established or acquired.

This endeavor proved highly successful and BeneFund eventually evolved into a publicly traded company. Unfortunately, greed on the part of certain shareholders and junior management resulted in a hostile takeover effort and litigation that stalled the company’s growth and ultimately led to its demise.

After closely observing the situation in the Philippines for over a year and a half, in 2001, Twyman and group of partners formed two Philippine corporations which were required to engage in legal treasure recovery operations within the Philippines. Since that time, he has continually developed opportunities by establishing long-term relationships with property owners, government officials, technical advisors, security specialists, and investors, as well as, other key individuals and entities. Twyman has also led the Company as it has researched, evaluated, selected, and secured many treasure sites in the Philippines.