Is There Gold Bullion In the Philippines?

27 Oct Is There Gold Bullion In the Philippines?

Everything to Know About Gold Bullion in the Philippines

In the Western World, gold is a precious metal that holds great monetary value. Throughout America’s history, there have been discoveries of gold that led to mass migrations and rushes for those who wanted a piece of the prize. How do people in the East and in Asia think of gold? They use it to create statues and worship their gods, but is there a source of gold in the area?

Is there gold bullion in the Philippines? Not only does the Philippine Islands have one of the biggest deposits of gold in the world, but these islands were also used to store gold, silver, and other precious metals that were confiscated by the Japanese during World War II.

The Philippines are comprised of over 7,000 islands, covered with dense jungles and separated by beautiful blue waters. Who knew that below the surfaces, you could find such a valuable item like gold? Keep reading to learn more about gold bullion in the Philippines.

Gold Deposit in the Philippines

Did you know that the Philippines has one of the largest gold deposits in the world? This makes the land and the waterways of the Philippines extremely valuable. Not only do these islands have a lot of gold, but the country also has the 5th largest mineral deposit in the world.

Throughout the Philippines, you’ll find people and companies trying to get their hands on the precious metal. There are deep divers who dive for gold in the ocean surrounding the islands. There are also large mining companies operating within the country at massive mines. Lastly, you’ll find locals who mine for gold in their backyard simply by digging down into the ground.

Gold can be found throughout the country; however, the popular areas for gold deposits are the island of Luzon and Mindanao. It seems that gold is more prevalent in areas where the soil is largely made of sand and clay. 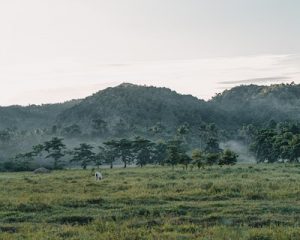 Besides having many natural gold deposits throughout the country, it has been said that the Philippine Islands were also used to hide and store many precious metals and artifacts that the Japanese confiscated during World War II. It all began when Japan started invading other Asian countries like China, Guam, Singapore, Malaysia, Burma, and even the Philippines themselves. Through the invasions, Japan was able to confiscate many valuable items of not only monetary value but also cultural and historic value as well.

While the Japanese sought to bring the treasure back to the mainland of Japan, increasing raids, submarine attacks, and bombings made the journey hazardous. With its dense jungles, hidden caves, distance from mainland Japan, and thousands of islands, the Philippines presented itself as a great place to hide such treasure.

There are a few companies today that operate with permits from the Filipino government to find such treasure. One of these companies is Ventures 7000, founded by Vern Twyman, and American businessman. Through relationships with American interests and the Filipino government, Ventures 7000 works to find the lost treasure and redistribute the wealth through non-profit organizations and charities.

Vern Twyman has had an interest in the Philippines since he was a boy. He traveled and lived there while his father was in the military. After college, he worked in the insurance and financial industry. Through his experiences, he ended up working closely with non-profit organizations. Eventually, his work led him back to the Philippines where he started building relationships with government officials and the locals.

Gold Excavation in the Philippines

Commercial Mining in the Philippines

Even though the Philippines may have one of the largest deposits of gold in the world, it’s not always easy to retrieve. There are many large mining companies operating in the Philippines using strip mining and hard rock mining to find gold.

Strip mining is where the surface dirt and rock is removed to introduce the gold ore. The levels of dirt will be stripped away to harvest the gold. Strip mines can cover large areas of territory and create different visible levels within the mine.  Unlike a mine that is underground, a strip mine is mostly above ground.

Ocean Mining in the Philippines

Treasure Recovery in the Philippines

During World War II, the Japanese hid the gold and other treasures in over 175 locations throughout the Philippine islands. With over 7,000 islands in the nation, finding these 175 locations presents a big task. While many artifacts and precious metals have been recovered since the end of World War II, it is common knowledge that there is much treasure still to be found.

Vern Twyman has put together a team of professionals, government officials, and locals to play their part in finding the lost treasure. Recovering the gold requires time, energy, equipment, and manpower to get the job done.

How is Gold Used in the Philippines?

Since there’s such a big supply of gold in the Philippines, how is it all used? Among the philippine locals, gold can be used to make religious items used to worship their gods. Among international matters, the Philippines exports most of its gold to other places in the world. Countries like America require gold to back up the monetary value of their dollar.

The Philippines is a place of mystery and wonder. With a broad expanse covering many islands and miles of open water, many wonder out the secrets hidden within its midsts. While we’ve all heard about the California Gold Rush and the Klondike Gold Rush, there is now a beckoning for a Philippines Gold Rush.

Sorry, the comment form is closed at this time.